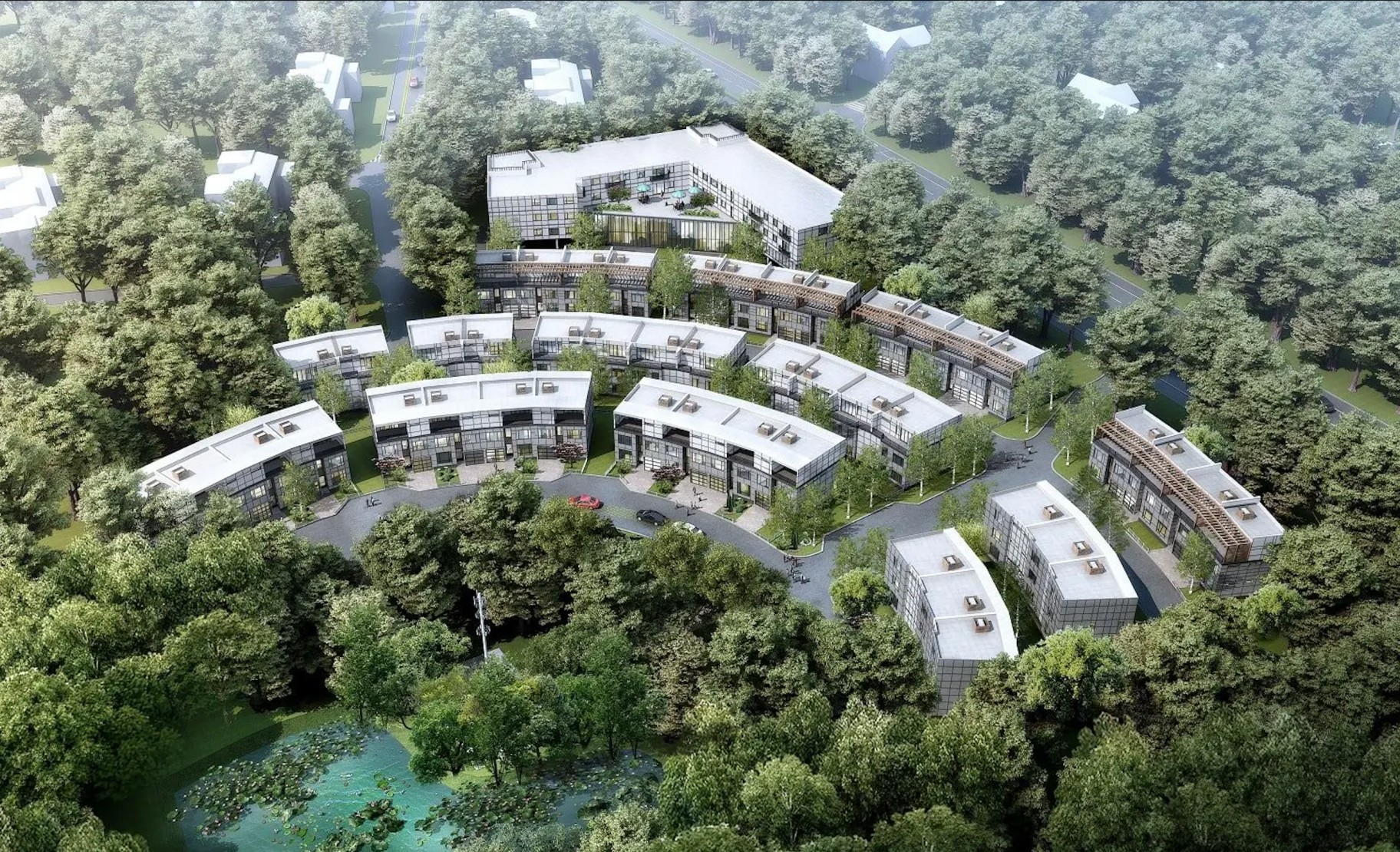 An upscale multifamily community near Research Triangle Park is underway and joins a growing trend of suburban developments that feature a contemporary urban design.

Durham-based Abranova plans to open the first units at Nova RTP by the end of this year, calling for a two part community including a set of 46 upscale townhomes and a 37-unit apartment complex with shared amenities. The project is situated at 2801 Courtney Creek Blvd. of Highway 55 on the edge of RTP.

Abranova Founder and CEO Abraham Ng'hwani, a Duke alum, said the company is looking to bring contemporary urban designs to the suburbs, a trend that seems to be growing in the Triangle.

“Part of our goal is to bring something different on the market that publicly traded homebuilders can’t,” he said. “What does the contemporary townhome in a suburb look like? The kind of homes we’re building, you find them in downtown Raleigh for $700,000 to $1 million. We’re building them out of town for less than half a million."

The company is planning an open house on Oct. 2 for the townhome model, with more details available on the project's website.

Abranova is pricing the townhomes at $215 a foot, putting the smallest units at around $480,000. The townhomes each feature 3-story designs including three bedrooms, four bathrooms, a two garage and options for an elevator.

Of the 46 units, Abranova plans to open the first 12 by the end of this year.

Work has also began on the apartments, calling for 37 one- and two-bedroom units with extensive amenities shared with the townhome residents. These include coworking spaces and a community kitchen among others.

The company hopes to wrap up construction on both the townhomes and the apartments by next year.

“We want to be done with everything by mid next year,” Ng'hwani said. “It’s partly going to depend on the sales over the next month or two. Depending on the absorption rate. We’ll be done with this project by summer next year.”

Ng’whani said the company plans to maintain ownership of the part of the community not sold to residents and has already turned down at least one offer to sell.

“Our investors are interested in a long-term hold especially after the Apple announcement,” Ng’hwani said. “They’re very confident in the market and they're excited. Long-term hold seems to be a viable option.”